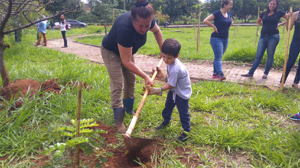 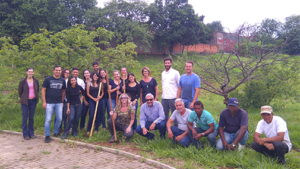 The Click to the Future campaign, conceived by Rio Verde, is a system for online donation that mobilizes people to raise funds for the community and the environment. When the campaign is active, just visit www.umcliqueprofuturo.com.br , click on the link and “donate”. Each click corresponds to points that are reverted into benefits.

Rio Verde has already promoted 4 editions of this campaign. During the last one, in 2016, the proposal was to cultivate the first urban forest in Limeira/SP. In just 20 days, we obtained 6,000 clicks and the campaign goal was achieved. So, on November 4th, company collaborators and representatives of the Environmental Department of Limeira planted 600 saplings in Santa Lúcia Village, in a fenced and protected area covering 5,400 m², housing the Municipal Nursery, along Tatu Creek.

Urban forests help reduce heat bubbles and noise pollution within the city, apart from attracting pollinators, which are responsible for the insemination and then for fertile seeds. An affluent of Tatu Creek, which is in the cultivation area and is part of the Piracicaba River Basin, also benefited from this plantation, which contributed to maintaining and regulating the flow of rivers of that region. 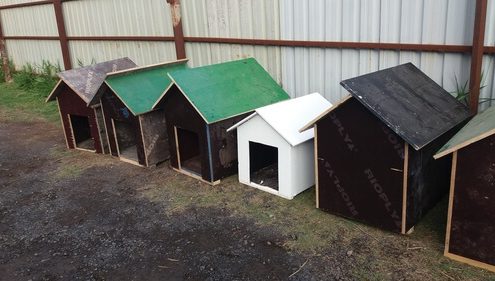 The HabitaCÃO project collects residues from construction sites to build dog houses. The goal is to donate these houses to NGOs, volunteers and families that need a proper shelter for their dogs. 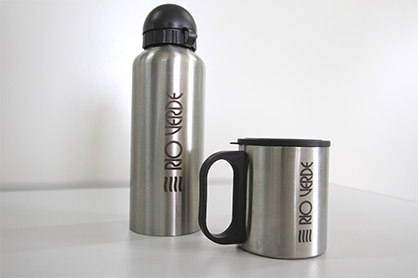 Administrative teams in construction sites and at the Rio Verde head office do not use disposable cups, having adopted more sustainable measures that are beneficial to health and the environment. Within two years, we calculated a reduction of 1 ton in plastic residues, which responds for 500,000 cups. Apart from reducing consumption of finite natural resources, as is the case with the oil used to produce the cups, we must add our water gains, which correspond to over 2,600,000 liters of water saved during production. With this volume of water, it is possible to meet the daily needs of 23,600 people, according to a consumption estimate by United Nations (UN).
Plastic cups, when heated by hot liquids, like coffee, release Styrene and Bisphenol, harmful substances that may lead to a series of changes in the human metabolism, favoring weight gain, generation of some types of cancer, and other consequences related to obesity.